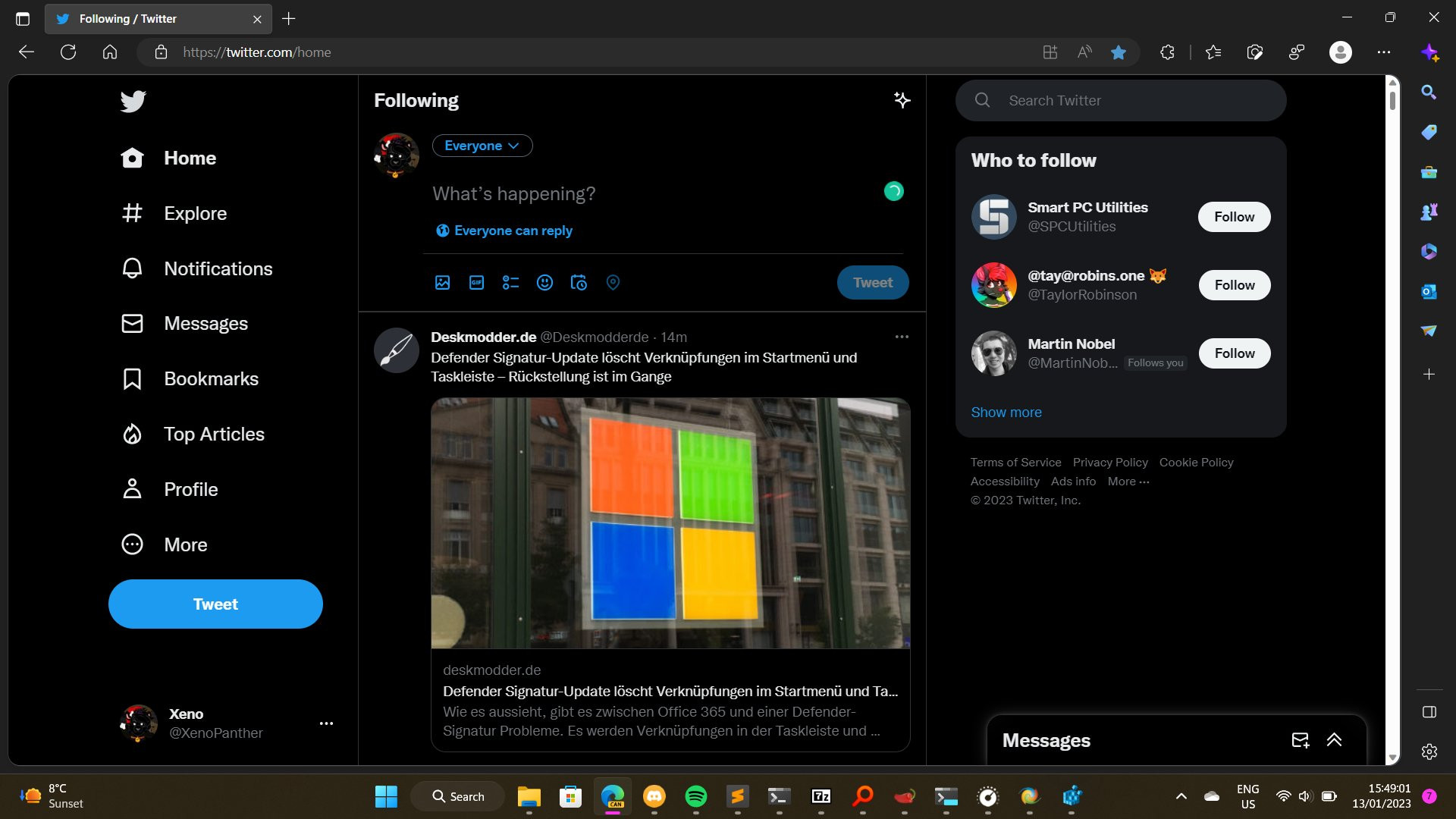 Neowin (opens in new tab) reports that XenoPanther highlighted the possible change on Twitter, with a screenshot showing Edge Canary (the earliest testing version) featuring rounded corners for the actual area of ​​the browser showing the web page.

I’ve just noticed that rounded corners now exist for the area around the visible website pic.twitter.com/B0U3RCkb7eJanuary 13, 2023

Even the sidebar to scroll down the web page is rounded at the top and bottom, and this is very definitely a look that isn’t to everyone’s taste (we’ll come back to that in a moment).

Note that as XenoPanther observes, there are other Edge testers out there – some of whom chime in on the above Twitter thread – saying that they don’t see this change.

So it would appear to be a tweak that’s only been rolled out to a small amount of testers (so-called A/B testing), and depending on how things go, it may then be pushed out to more folks (still in testing, mind – to gauge further reaction from a larger userbase).

Analysis: Consistency first – but is this going too far?

There are some people who really aren’t keen on the new rounded look for the central area where the web page is displayed in Edge. And the additional catch here is that the rounding isn’t just present when the browser is displayed in a window, but also when it’s made full-screen.

The latter does look rather odd, we must agree, and off-putting when engaging in displaying full-screen video for example – also losing you a little bit of screen real-estate for showing the video clip.

As one user put it to Microsoft on Twitter (explosive has been removed): “Stop giving everything round corners!”

We get it, though – having adopted the round rather than sharp edge as an overall look for Windows 11, Microsoft is just keeping consistent. However, this feels like a step too far, maybe, particularly the full-screen aspect of the rounding; but this is still early testing, and doubtless the idea will be refined yet (or indeed ditched based on feedback, perhaps).