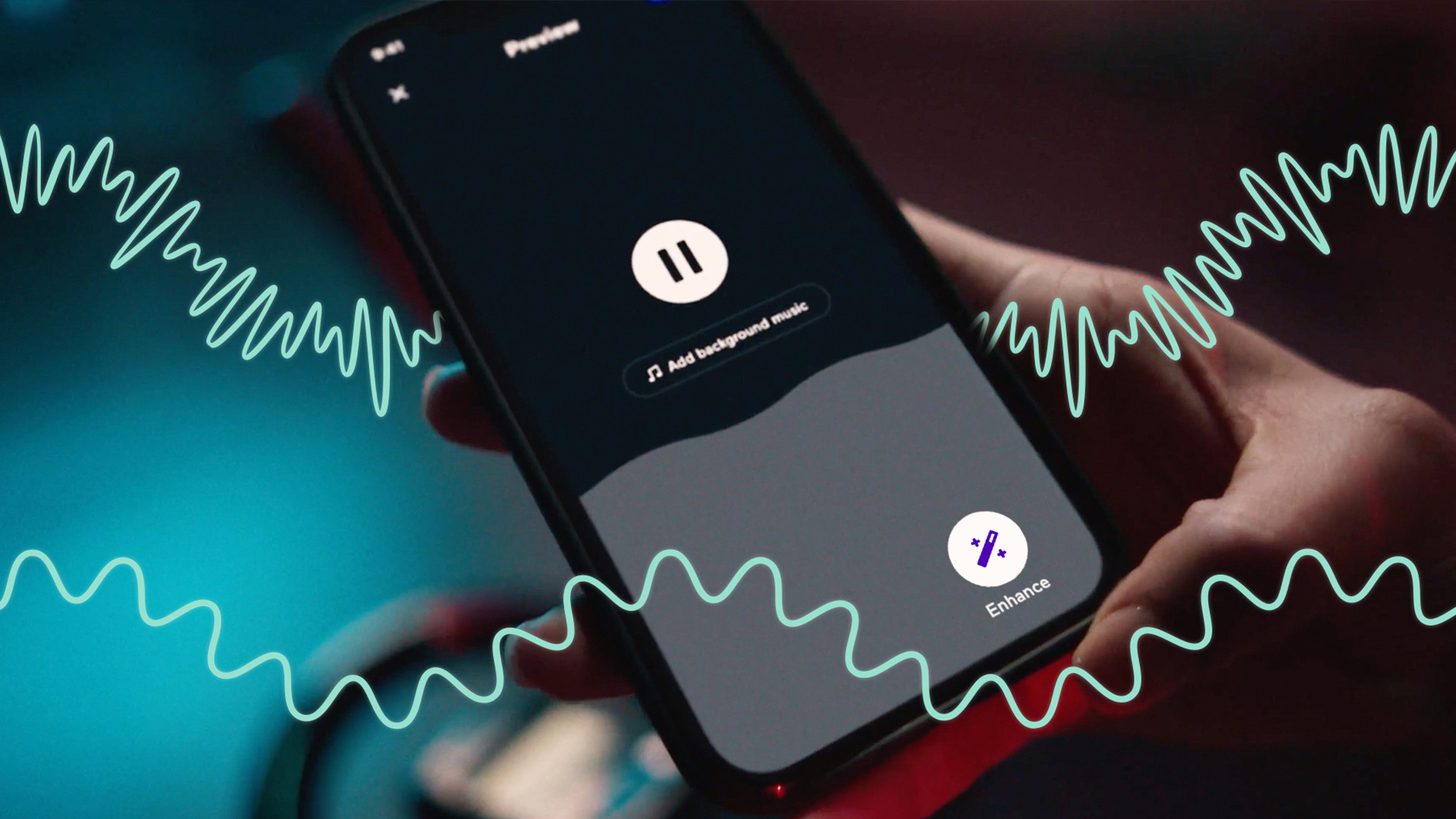 Spotify is helping amateur hosts clean up their audio with a new background noise reduction tool on the Anchor podcast app.

The feature is called Audio Enhancement, which takes the form of a new button on the Anchor recording screen. According to the announcement (opens in new tab), all you have to do is record a podcast as normal, and when you’re listening to the audio, you tap the button to muffle the background noise, which also brings your voice to the forefront. Audio Enhancement can be turned on and off during playback so you can switch back and forth to compare the two. Despite what the preview video hints at (opens in new tab)you can use a pair of headphones with a microphone to record if you don’t want to hold the phone to your face.

In the announcement, Spotify touts Audio Enhancement as the “most valuable audio editing tool” and you can have a good-sounding podcast even if you record in a “loud coffee shop, on the subway, or with babies crying in the background.” However, we recommend that you don’t put away your at-home recording studio just yet.

We tested the feature ourselves, and while it does quiet ambient noise, it’s not by a wide margin. Conversations and music playing in the background are still clearly audible, although there’s a greater focus on your voice. Granted, the phone used in the test wasn’t a high-end device. It’s possible Audio Enhancement’s quality is dependent on the type of smartphone you use. Still, as an on-the-go tool, it’s a pretty cool tool for amateurs who don’t have a ton of equipment.

We asked Spotify if a phone’s quality affects the feature. This story will be updated if we hear back, but if you want to try it out yourself, it’s already available on the iOS. (opens in new tab) and Android (opens in new tab) versions of Anchor.

Spotify has spent the last year and a half expanding its offerings beyond music. Not too long ago, the long-awaited audiobook support finally came to American users, giving them access to over 300,000 titles with more on the way. Video podcasts have also popped up for select shows, but it’s unknown whether this feature will grow or will it meet the same fate as Car Thing (opens in new tab).

That said, people are still asking the same question: Where is the high-resolution audio that Spotify promised almost two years ago? We might not have to wait long as recent reports have revealed a Potential higher level for Spotify, dubbed Spotify Platinum, which may come with high-resolution audio, among other things. No new official information has surfaced since, but we’re still eagerly awaiting an official reveal.

If you’re interested in becoming a podcaster, but don’t know where to start, check out TechRadar’s list of the best podcast hosting providers. These provide you with a way to store large media files for distribution and download.