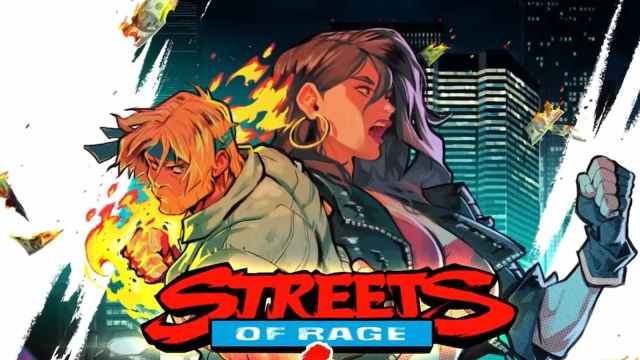 We have another brilliant roundup of news from the games industry today as Lionsgate acquires the rights to a Streets of Rage movie, Terry Crews campaigns to be cast in the upcoming Gears of War Netflix movie, Santa Monica Studio might be working on multiple games and a patent Sony filed regarding NFTs has surfaced.

Read all about these stories and more in today’s gaming news roundup.

A Streets of Rage movie might be smashing into theaters soon

The first bit of good news came back in April when we learned that the action in the classic beat-em-up franchise should be transferred into this film adaptation as Derek Kolstad, the creator of the John Wick Franchise will be writing the movie. It will be very interesting to see what kind of story they manage to come up with.

Cyberpunk 2077‘s expansion is not free

The much-maligned Cyberpunk 2077 is back in the news after CD Projekt Red announced to GamesRadar that the game’s upcoming expansion Cyberpunk 2077: Phantom Liberty which will bring back Keanu Reeves as Johnny Silverhand, will indeed cost money. The only reason fans may have thought otherwise is that most of the downloadable content for their last game, The Witcher 3: Wild Huntwas free for anyone who purchased the game.

Unfortunately, but somewhat rightfully, CD Projekt Red is comparing this expansion to The Witcher 3: Wild Hunt – Blood and Wine which was one of the only paid expansions for that game. The cost of the game will undoubtedly match the size of the expansion, so let’s hope they provide an expansion that is deep and lacks the bugs that the game had at launch.

The LA Times recently spoke to Santa Monica Studio regarding the release of their latest hit, the sequel to 2018’s God of War, God of War Ragnarök. One of the things that were brought up by the creative director of the studio, Cory Barlog, was that the studio is “spread out on a lot of different things,” seemingly indicating that Santa Monica Studio is currently working on multiple games.

The studio has been working on the God of War franchise since 2002, although they did cancel a project back in 2014. They do have an External Development Group within the studio, which might be what Barlog was referring to. However, it is more likely that like Naughty Dog and Insomniac Games, they are balancing a few different projects at the same time. It will be interesting to see what exactly the studio will be making in the next couple of years and whether they will be making another entry in the God of War franchise.

Sony filed a patent in 2021 which was only made public recently, and the patent concerns the implementation of blockchain technology, with some NFTs thrown in for good measure. The patent compares using blockchain technology to identify unique and non-fungible digital collectibles to collecting a signed baseball struck by Babe Ruth. Of course, it’s just a patent, and gaming companies will always invest in new ideas, even if they don’t end up panning out.

This also could be related to the PlayStation Stars reward program which was launched earlier this year but PlayStation made a very public proclamation that their program had nothing to do with NFTs. The idea behind the patent could have been the seed that started PlayStation Stars but the NFT angle could have been abandoned once they saw the backlash a vocal majority had against the technology. Let’s just hope that the patent seeing the light of day means that PlayStation won’t be approaching the technology any time soon.

Terry Crews wants to be in Gears of War

Star of White Chicks, Everybody Hates Chrisand Brooklyn Nine-NineTerry Crews, has said to Gizmodo that he would be in a Gears of War movie “in a heartbeat.” The actor is no stranger to video games, having voiced characters in Saints Row IV and more recently in Crackdown 3. Fans seem to be overjoyed that the actor might be vying for a role in Netflix’s movie, alongside the other fan-favorite Dave Bautista. Although not all fans agree with the general consensus arguing that the 59-year-old actor is too old to star in the film. Someone should probably go tell his muscles that he is 59.

Marvin the Martian is coming to MultiVersus

MultiVersus needs to keep expanding its roster to stay in the public consciousness and that is just what it is doing in Season Two with the addition of Marvin the Martian, the popular Looney Tunes character. In addition to the new character, the fighting game will also add a new one Game of Thrones map, inspired by the world of Westeros. Season 2 of the Warner Bros. fighting game begins today although both Marvin the Martian and the Game of Thrones map will be coming at a later date.

Of course, Marvin the Martian is not the only one Looney Tunes character to be in MultiVersus with both Taz and Bugs Bunny already playable. The two new additions will most likely not be the only new additions in Season 2 so keep your eyes peeled for an update on which new characters might be coming your way. MultiVersus It is currently available and free to play on PC, PlayStation 5, PlayStation 4, Xbox One, Xbox Series S, and Xbox Series X.

Those are all our gaming news stories today, so come back tomorrow and don’t miss our next gaming news roundup.