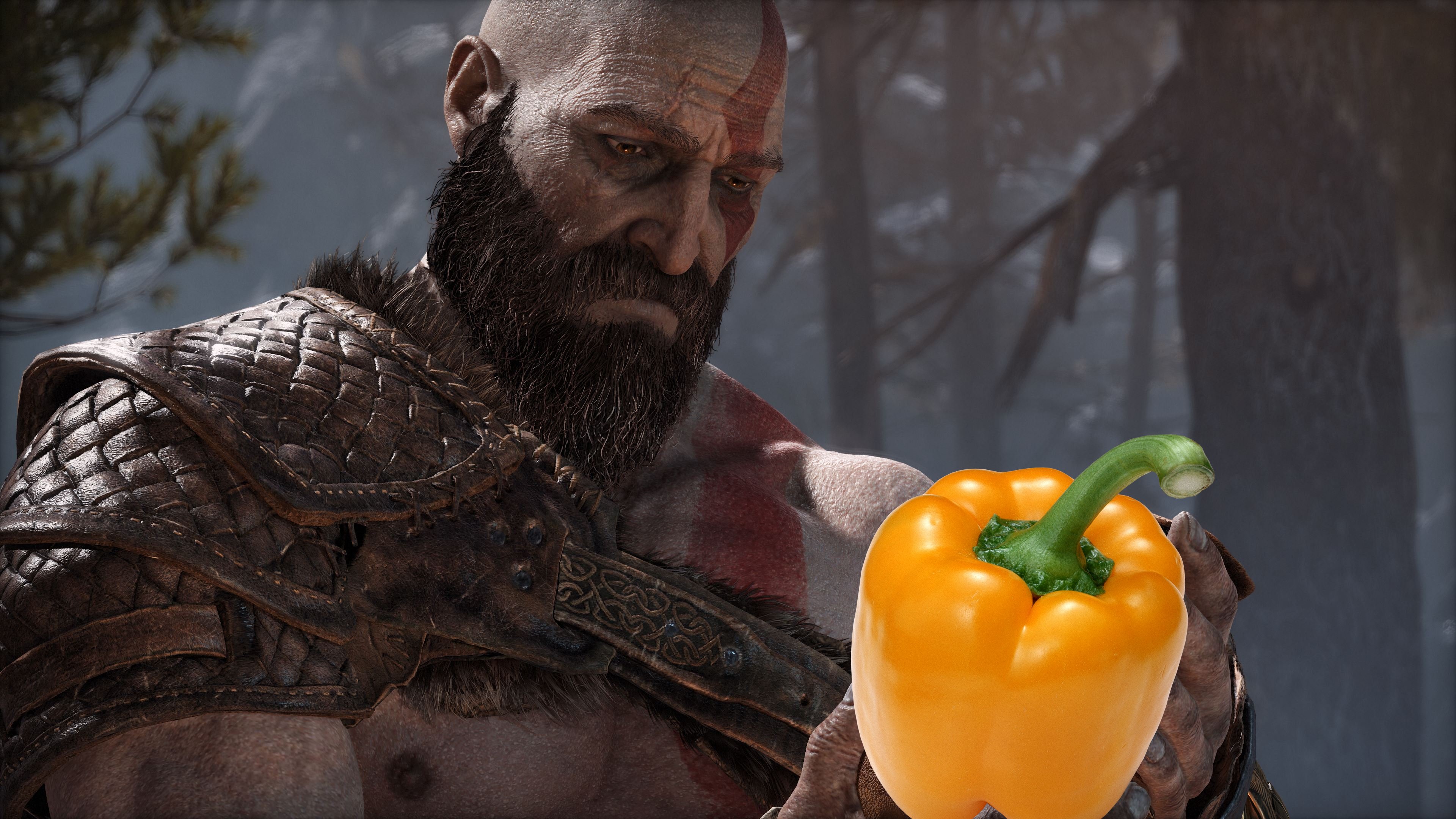 God of War Ragnarok is on a roll; From its immersive story to its jaw-dropping graphics, it’s safe to say Kratos has stormed his way into our hearts again, swinging his ax and messing up Hel-walkers.

As you and your ax rip Odin’s allies limb from limb, the sound of tearing flesh and popping joints echo through your PS5‘s headset. But, with Norse monsters in short supply, have you ever stopped to think about what’s behind the deathly sounds of those countless enemies you have destroyed? What are the God of War Ragnarok sound designers up to? And do we need to call the police? After all, this is the developer who once staged a goat sacrifice (opens in new tab) at a press event.

Thankfully we don’t need to report anyone today, as the sound designers kept their blood and guts on a strictly vegan diet.

This time the sound designers and foley artists, used green bell peppers to create the sound of Kratos shredding his enemies and pulling apart Hel-walkers like they were slow-roasted pork.

Among my favorite moments working on God of War Ragnorak: creating bloody (but vegan) source with the Bob Ross of Gore @schapps, crafting harmonic overtone source for Mjolnir using Jeff Darby’s ax blanks from GOW 3. Our global Foley efforts don’t belong to any one person… (🧵) pic.twitter.com/dL0shSYYLJNovember 9, 2022

You may think that this is an odd stand-in for audio recordings, but the truth is 343 Industries used something far stranger and fluffier than bell peppers when recording the aliens for Halo Infinite.

This something strange was the technical art director’s pug, and his scoffs, snarls, and snorts are thought to be the backbone of the Covenant grunts and jackals or Promethean warriors. If 343 doesn’t bring Gyoza back for future games, then another studio interested in aliens needs to pick up this fresh new talent right away. I’ve never met an alien in real life, but I could imagine them sounding a little like the loveable, heavy-breathing pug.

The truth is that it’s not just the green bell peppers behind the excellence that is God of War Ragnarok’s sound design. It takes a massive team to edit and sync all these weird and wonderful sounds, and they did a masterful job. One of the best parts of God of War is its immersive sound design that brought the world to life. Not only the satisfying sound of ripping through enemies but also the whistle of the wind and the crunch of leaves under your feet.

I find it incredibly endearing that despite technological advances, AAA gaming studios still need to rely on the talents of peppers and pugs. It brings me great relief that, while robots will take over all our human jobs, at least Gyoza and green bell peppers will always be gainfully employed.