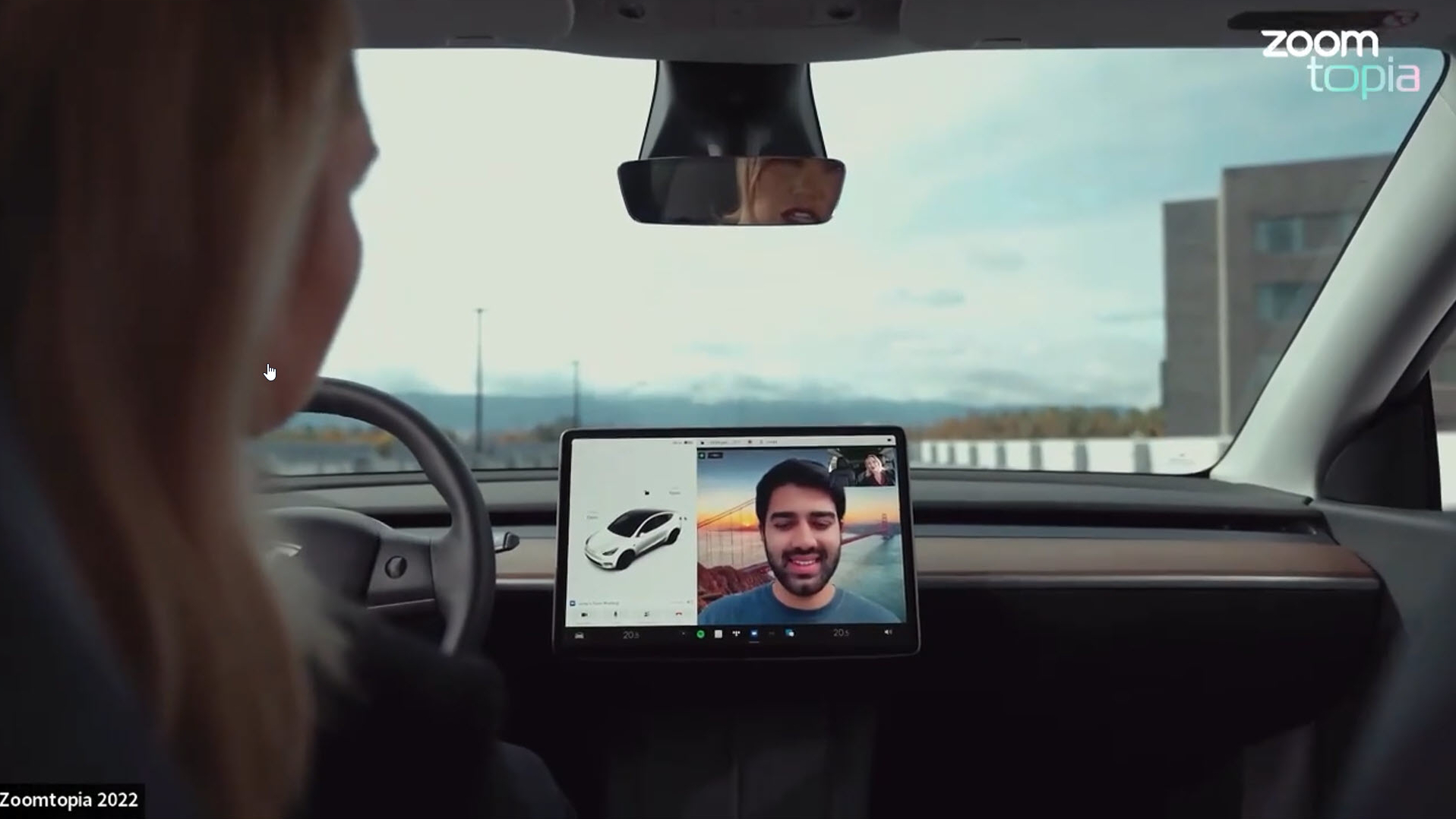 Zoom has revealed that its video conferencing software will be making an appearance in Tesla cars, although it’s unclear as to when the service will be made publicly available.

The announcement came at the company’s Zoomtopia event, by Nitasha Walia, Zoom Group Product Manager for Meetings, who said that the company is expecting to bring the service to “all new Tesla models soon”.

However, aside from a short demo (opens in new tab) at the event, which revealed that the Zoom platform will use the “cabin camera” that sits in a Tesla vehicle’s rear view mirror, and integrate with the Tesla OS calendar, details were thin on the ground.

The official launch came after the carmarker dropped several big hints that Zoom could be heading to Tesla OS in a Behind the scenes look (opens in new tab)at the V11 software in 2021. In that video, the Zoom logo was spotted in the user interface, inviting speculation from enthusiasts.

The demo shows Zoom in use while a Tesla vehicle is being charged, but it remains unclear as to whether, like the Tesla Arcade game offerings, Zoom calls will only be available while the vehicle is parked.

One would hope so, given the obvious danger to life if drivers are presented with distractions. But it’s also the case that, if this is a software restriction coded in by Tesla, it could be switched off by an enterprising, reckless programmer.

It’s also unknown if the application will require WiFi, or be enabled as part of Tesla’s Premium Connectivity car data subscription. Requiring the former could be a straightforward solution to enforce that a car is stationary, although this, too, could see an exploit in the future.

There are also very real concerns about the cabin camera, and the data that it sends to Tesla. Tesla’s website claims that “”By default, images and video from the camera do not leave the vehicle itself and are not transmitted to anyone, including Tesla, unless you enable data sharing”.

This, like any promise made by a tech company, ought to be taken with a grain of salt until proven. As such, the notion that Tesla could be listening into a private or sensitive conversation may not sit well with some customers.