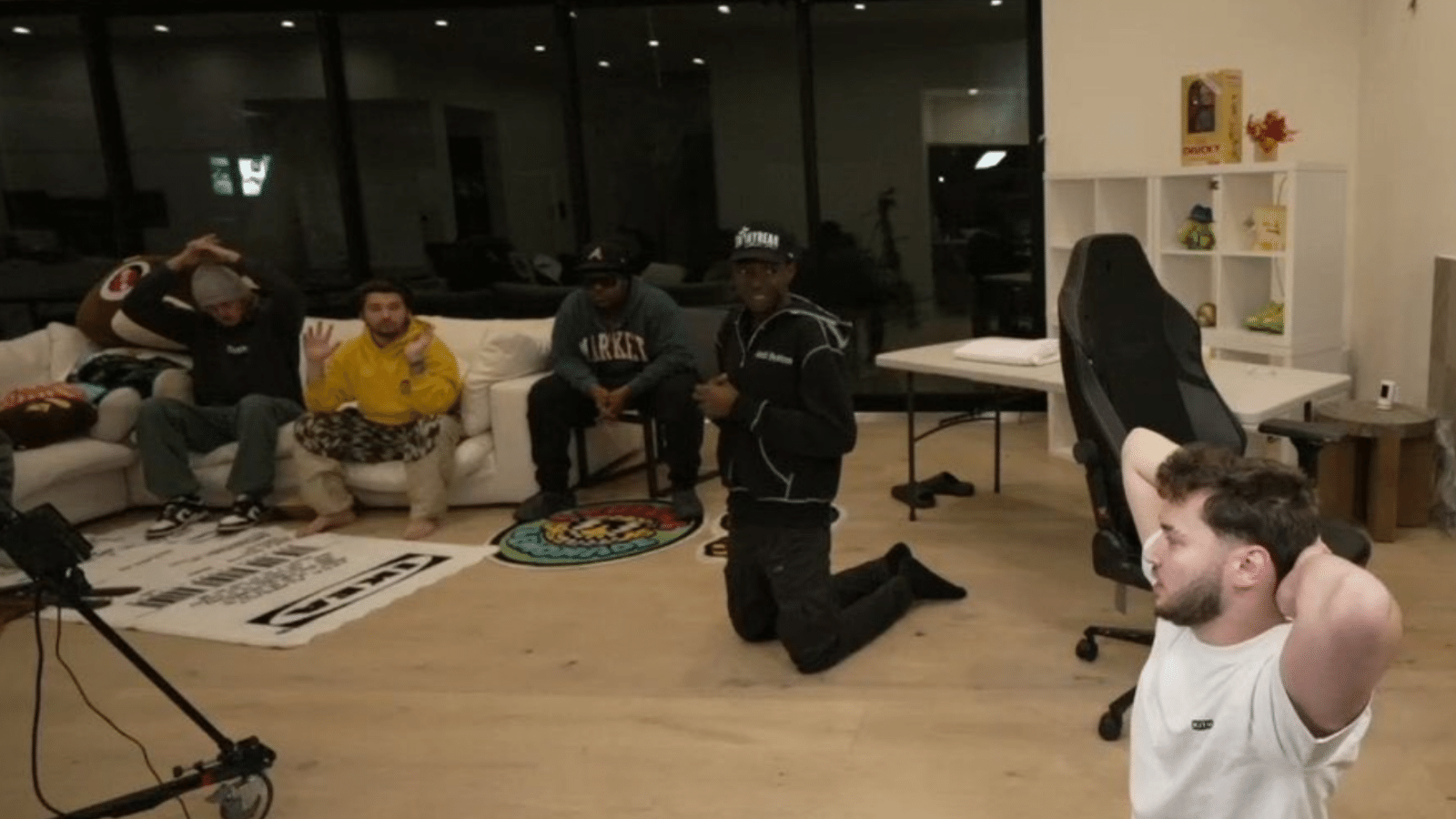 Another big-name streamer has had Twitch’s big purple ban hammer swung at them, and this time it was AdinRoss.

The streamer has had his account banned after what appears to be a ‘swatting’ happening while he was live with around 200,000 viewers tuned in.

Adin Ross is seen reacting to the sounds of police officers surrounding his residence before getting on his knees and anticipating their breach. The streamer repeats, ‘Why do y’all do this?’ to the camera repeatedly while he waits, cursing out the trolls in his chat that have reported him to the police, while insisting that the unfolding incident is not scripted.

The streamer commented on the incident on Twitter afterward:

Another prominent streamer, Kai Cenat was live at the time with 21 Savage watching the incident at Ross’ residence unfold, with a similar amount of viewers tuned into his channel. In an odd turn of events, Ross’ stream was titled ’21 SAVAGE X KAI WATCH PARTY’, which appears to indicate that the ‘reaction’ narrative of each stream was flipped:

Fans reacted with shock, awe, and in some cases, amusement as the swatting unfolded.

The exact reasoning as to why Adin Ross was banned from Twitch was unclear, perhaps leaning into speculation that the SWAT intervention during his broadcast may have been fabricated. At the time of the ban it was not made clear exactly how long it was intended to last.