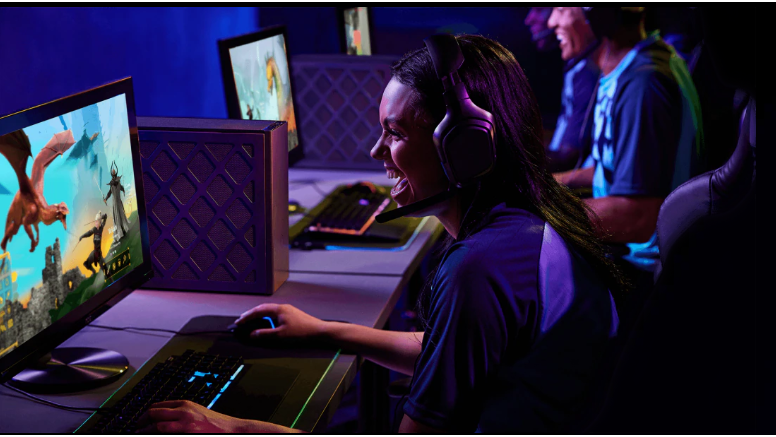 Intel has launched the NUC 13 Extreme – codenamed the ‘Raptor Canyon’ – which is their most powerful mini PC to date. The new Raptor Canyon PC will offer 13th-gen Core CPUs and space for up to 12-inch triple-slot graphics cards. The mini-kit is aimed at enthusiast gamers and content creators looking to declutter their desks.

The chassis for the Raptor Canyon has been redesigned to reduce noise and optimize airflow while keeping the NUC series’ signature compact size. We’re sad to see the iconic RGB skull frontplate leave this new tower PC, even if a smaller skull design can now be found on the inside.

The new gaming NUC features unlocked 13th-gen i9, i7, or i5 processors which employ new hybrid core architecture to try to get streaming and gaming to perform at the highest possible levels. The highest-spec model packs the awesomely fast Intel Core i9-13900K.

Analysis: NUCs are a great doorway into PC-building for beginners

The Intel NUCs are all about giving people who may not be confident in building their own gaming PC a smaller and less complex canvas. This is why they’re so cool. They’re a great option for people like us who don’t have a lot of desk space and don’t need something especially pricey.

Since the Intel NUC 13 Extreme has support for triple-slot 12-inch graphics cards, you can purchase a new GPU or slot in an older card and upgrade it when you have the cash. Don’t expect to fit any beefy RTX 3090 Ti or 4090 models inside, though. You’ll also need an SSD and some RAM, but mercifully those aren’t so expensive.

The hybrid core architecture we mentioned above is a nifty bit of tech that is new to the 13th-gen processors that splits cores into two halves: performance cores and efficient cores. The P-cores are there to handle the heavy workload, the main thing that you’re running on your PC – like a game or a resource-intensive program. Meanwhile, the E-cores are optimized to handle background processes.

So, say you’ve got a game up and running on one monitor but a music player or Discord chat open on another, your processor is not trying to single-handedly focus and control both workloads. This is a boon for streamers in particular, since the E-cores can keep your streaming software running smoothly in the background while the P-cores give you optimal gaming performance.