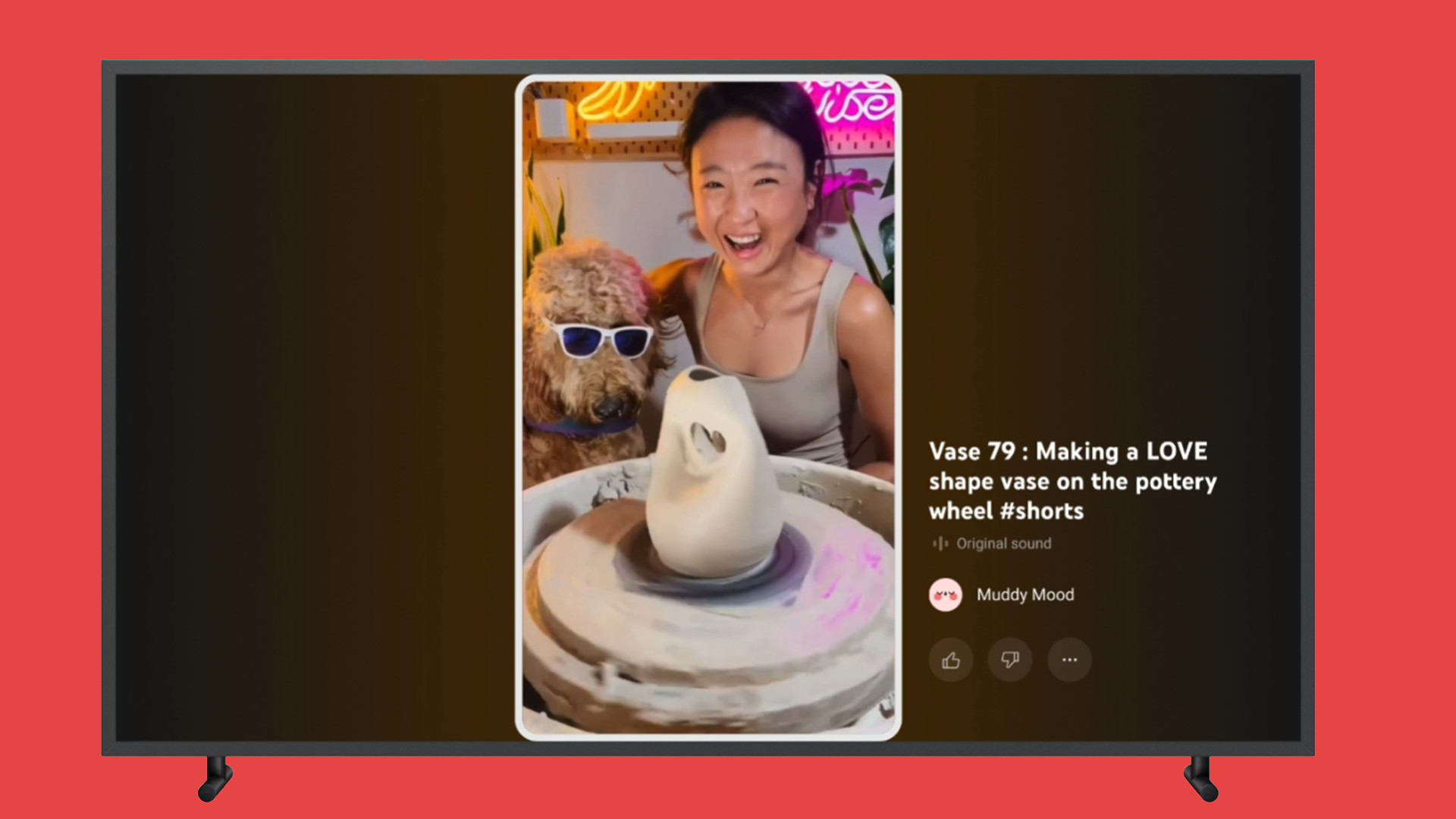 The sixty-second clips have been wildly successful for YouTube. Sunder Pichai, CEO of YouTube’s parent company Alphabet, revealed earlier this year that Shorts get over a billion views daily (opens in new tab). Quick to capitalize on it, the developers have been pumping out new features for Shorts (opens in new tab) to expand its capabilities. So, a leap to the TV screens is a logical next step but, according to the official announcement (opens in new tab)the move wasn’t so simple.

The main issue was figuring out how to bring vertical videos meant for smartphones to horizontal television screens.

The solution to this problem was to create a custom option that makes “the most of [a] wide screen’s additional space.” Shorts will be displayed with an outline around them alluding to a smartphone screen. Behind the videos will be a “color-sampled blurred background” reflecting the content. YouTube saw that it fit better than a simple pitch-black background. Basic functionalities like the Like and Dislike buttons are off to the video’s side.

Shorts on TV can be found by scrolling down to its section on the YouTube smart TV app. Once you select a Short, the videos will play in an endless loop until you exit. You can use the middle button on your remote control to start or stop a Short or use the play and pause buttons, instead, according to an official video (opens in new tab). Pressing the right button on the remote brings up information about the video like the video title, who created it, and the sound they used.

You can navigate between shorts using your remote’s up and down buttons. Work on the feature isn’t over yet as there are plans to include more community features like the ability to subscribe to a creator while viewing a Short.

YouTube Shorts on TV launches today and will roll out to streaming devices and TV models made after 2018 over the coming weeks. The company states it may not work on older TVs which means there may be a lucky few where it does.

The feature is also coming to “newer game consoles.” Presumably, this means the PS5 and other current-gen consoles. We asked Google for more clarification and what kind of community features are in the pipeline. This story will be updated if we hear back.

Given the popularity of Shorts, YouTube has seen fit to make the video style easier to create and more economically viable, especially when it comes to competing with its rival TikTok. YouTube has the advantage of being present on many smart TVs but still needs that edge to draw in people.

Back in June, YouTube began implementing the first round of ads to its Shorts content after it received positive responses from various advertisers. Now content creators have an opportunity to make money off their short-form content. The company also revamped YouTube’s editing suite allowing channels to make shorts from their old content. Some of the tools include a timeline editor, filters, and a text tool just to name a few.

If you’re interested in flexing those creative muscles and uploading YouTube Shorts, be sure to check out TechRadar’s own easy-to-follow guide. The initial process can be a little confusing for newcomers.