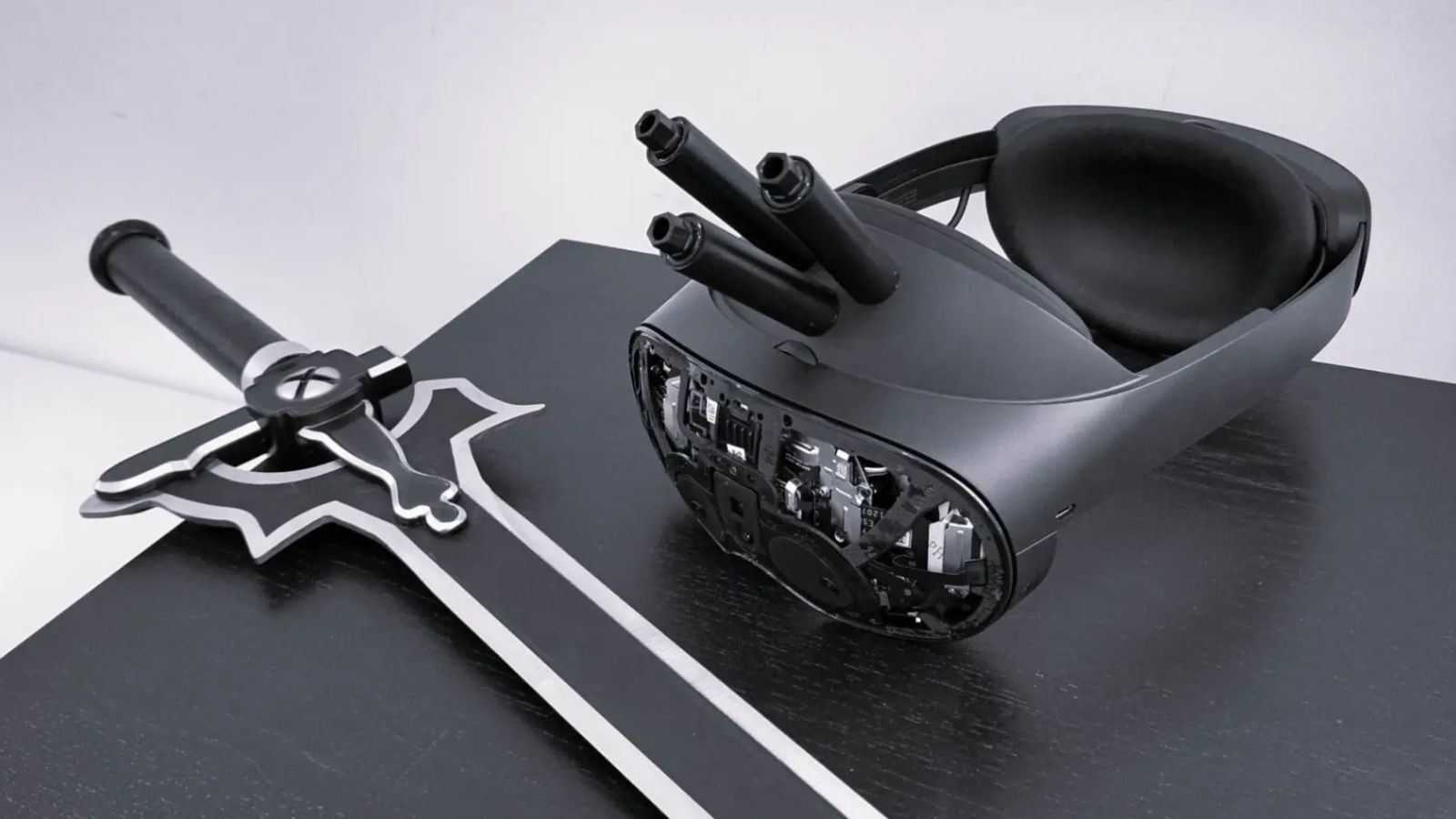 Life imitations art for anime fans. The Oculus headset creator Palmer Lucky embraced his inner-Akihito Kayaba on the same day as the fictional Sword Art Online Incident and announced that he had created a headset with similar functions as the Nervegear, a VR device that will kill the user if they die in a video game.

Lucky shared a link to his website, announcing the release of the ‘OQPNV.’ This device may look like an Oculus headset, but it can kill you in real life if you die in the virtual world. The headgear in the photo does not look exactly like the one seen in Sword Art Onlinebut the headset creator ‘promises’ that users will have a similar experience to the anime.

According to his website, the device is not finished and is currently halfway through development. What’s scary is that he has only figured out the part where it kills the user. This means that this headset isn’t capable of full virtual immersion just yet, nor could it play video games. Shouldn’t that be the first thing to be developed?

“The good news is that we are halfway to making a true NerveGear The bad news is that so far, I have only figured out the half that kills you. The perfect-VR half of the equation is still many years out.”

In addition, he changed the process of the headset killing the user as he wasn’t able to replicate the same methods from the anime. He’s also working out the kinks and loose ends to ensure no one could tamper with the system just so the user could ‘cheat death.’ He’s also aware that the headset might trigger the user’s death at the wrong time and is working on ‘solutions’ so that doesn’t happen.

“I am a pretty smart guy, but I couldn’t come up with any way to make anything like this work, not without attaching the headset to gigantic pieces of equipment. In lieu of this, I used three of the explosive charge modules I usually use for a different project, tying them to a narrow-band photosensor that can detect when the screen flashes red at a specific frequency, making game-over integration on the part of the developer very easy. When an appropriate game-over screen is displayed, the fire charges, instantly destroying the brain of the user.”

“This isn’t a perfect system, of course. I have plans for an anti-tamper mechanism that, like the NerveGear, will make it impossible to remove or destroy the headset. Even so, there are a huge variety of failures that could occur and kill the user at the wrong time.”

While anime fans might be excited to relive one of the greatest video game isekai fantasies in real life, others are scared of the idea. It’s like these companies did not learn anything from pop-culture sci-fi shows, such as Netflix’s Black Mirror series or the film Don’t Worry Darling. Heck, fans pointed out that Sword Art Online itself pointed out the financial and business consequences if a headset like this was made.

However, some fans are excited for a device like this to exist. They shared video game titles where they’d die instantly if wearing this specific headset since Luckey didn’t specify which type of games would trigger the death sequence. Some titles include your usual MMOs like Minecraft and Genshin Impact. Others listed other games that you’d least expect, such as Mario Kart, Cooking Mama, and Uno.

Jeez, imagine dying because you lost a game of solitaire.

It is highly unlikely a device like this will make it out to the market. Lucky also said that the device is currently a “piece of office art” and that he hasn’t even tested the device to see if it works due to his own fears. However, he warns that this isn’t going to be the last VR headset device that could kill its user.

But let’s be real, who wouldn’t want to play a video game where your own life is on the line?