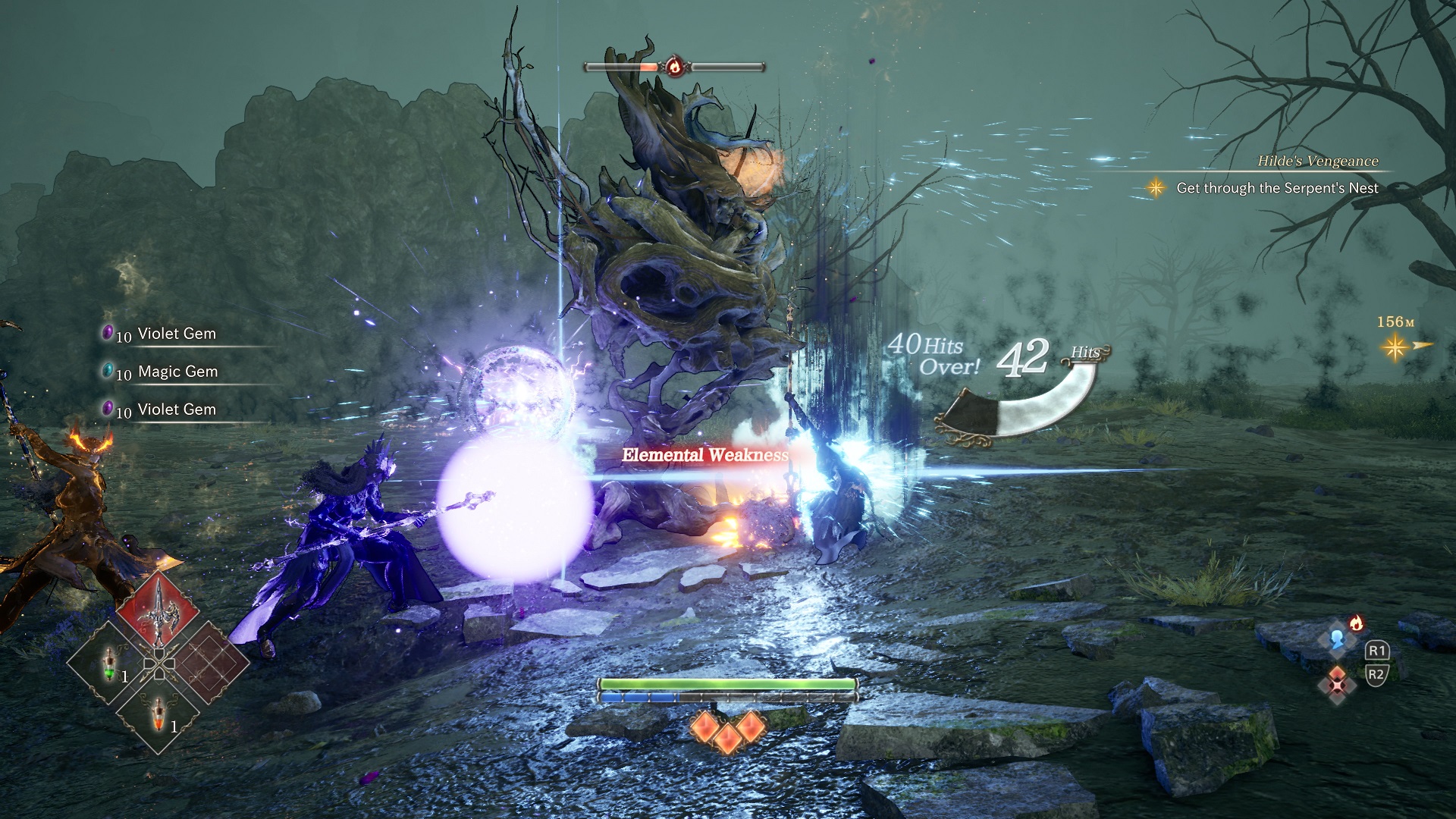 You’d think that after hundreds of hours playing games like Assassin’s Creed Valhalla, some gamers would be sick of Norse mythology. Couple that with 2018’s God of War and the upcoming God of War Ragnarok, and the gaming world is flush with games centered on Norse gods and conflict. But no one told Square Enix, who have released the fifth installment of the Valkyrie Profile series: Valkyrie Elysium. For the uninitiated, the series centers around a Valkyrie who “purifies” the souls of the people of Midgard (Earth) per Odin’s command, and finds herself wrapped up in a story about self-discovery, deceit, and more. Valkyrie Elysium continues that trend by delivering a solid outing on the newer current-gen systems, which could very well set the franchise on a new path going forward.

Valkyrie Elysium Abandons some of the story beats from the previous entries, as well as the turn-based RPG combat for a more refined story and fast-paced, action-oriented battles. To set the stage — Odin and the wolf Fenrir engaged in a massive battle and their conflict affected the nine realms connected to Yggdrasil, the world tree. The two entities battled to a bloody draw, but the damage to Midgard was substantial, and Odin tasks the titular, unnamed Valkyrie to scour Midgard to purify the corrupted souls and help restore his power to “save the world.”

Of course, the 30-hour story takes many twists and turns before it’s all said and done, with the Valkyrie’s journey taking her to different maps to complete both main and sidequests that aid in her growth both as a character and a warrior. Collecting Einherjar is still a core component of the game, but it’s much more refined here. In previous games, Lenneth would collect massive armies of Einherjar, the Midgard warriors she purifies, to fight beside her — almost like collecting Pokémon to do battle.

In Valkyrie Elysium, there are only a few spirit warriors who can be called into battle when needed to offer assistance, serve as a distraction for bigger mobs or bosses, and work to find a better element match type to win the day. The Einherjar are amazingly well-rounded as characters, each having their own stories that are revealed through gameplay and sidequests, and they level up independently, getting stronger with each use, just as Valkyrie herself grows in power.

Combat in Valkyrie Elysium has, by far, seen the biggest change compared to previous entries in the franchise. Turn-based battles have been replaced by action-oriented button mashing, which has become a Square Enix trademark for its legacy RPGs of late. That doesn’t mean the combat is not fun — it’s exhilarating. Valkyrie can zip across the battlefield with a soul grapple, slashing enemy after enemy, pulling off massive combos and cool finishers. She can both block and dodge, which opens up additional attacks, like parries and counters, and while the combat and fighting are not on the same level as Elden Ringit still demands the player think a few steps ahead lest you be annihilated by a mob of enemies or a powerful boss.

In fact, the combat reminds me more of a watered-down God of War, or a really watered-down Ninja Gaiden (the 2004 version, that is). And don’t be fooled, that’s meant as a compliment. Valkyrie has a variety of weapons that are leveled up with use, which in turn unlock new moves and combos. Switching out different weapons is as simple as pressing the directional pad, so the player isn’t bogged down messing with menus during intense battles. In addition to weapons, Valkyrie also has various spells and skills to aid her as she fights Odin’s war, and the character progression works fairly well.

The art direction in Valkyrie Elysium is solid, with the muted, ethereal aesthetic of previous games replaced by more realistic models and color palettes. The character models look great — especially Valkyrie herself — and for a majority of the game, Odin bears resemblance to Dracula from the Castlevania series, which is a hint of story elements to come as the journey forges on. The monsters are twisted nightmare creations that serve as perfect foils in a land decimated by a war between gods. The bosses are gross abominations that are a blast to take down, especially with a couple of Einherjar at your side.

The worlds themselves are bereft of life, as these are lands that have “moved on.” But hidden passages and secret areas are scattered everywhere, giving the player the option to explore to find treasure chests, soul blooms, and more. Valkyrie explores different regions in each chapter, but sidequests allow for wholesale asset recycling, almost to a fault. As the story progresses, map layouts and building designs become more familiar, so the player can begin to predict where a secret might be hiding by glancing at the map.

Voice acting and music are both well done, breathing life into a game that is centered around so much death and destruction. Valkyrie herself is chatty, whether alone or with Einherjar, and her dialogue works as a precursor to upcoming battles as much as they help flesh out the greater story. Her conversations in the neutral Valhalla area with Odin set the stage for the next chapter, and she can also interact with her Einherjar or prepare for battle at a training ground. In fact, the game considers the Valhalla area an “intermission” from the greater story.

Valkyrie Elysium does so much right, but I can’t help but feel that something is missing. The problem is, I can’t rightly put my finger on what it is that is wrong. It looks good and plays well, with minimal camera issues causing me some grief. The story is decent, if not a little pedestrian by Norse mythology standards, and the game looks great, with some incredible lighting effects to boot. And yet, I was left wanting more. Is it because we now live in a world where Elden Ring exists, and gamers want more from their combat games, or is it it that Assassin’s Creed Valhalla and the rebooted God of War have over-explored Norse mythology to a point where there’s really nothing new to uncover, leaving Valkyrie Elysium as a hollow echo of much better games?

I’m not saying this isn’t fun. In fact, I’ve had a blast with it, but when it comes to deconstructing it for review, it feels more like a McDonald’s happy meal; It’s food, and it satisfied my hunger, but really, you can’t help but feel that you could have made a better choice of meal.

Valkyrie Elysium does make a triumphant transition to current-gen consoles and it utilizes the power of the PlayStation 5 (it’s also available on the PlayStation 4, for those wondering), but this new entry could be a foundation of greater adventures to come for this version of the Valkyrie. Developer Soleil has laid the groundwork for something more, but maybe they should wait until the flood of Norse-themed games subsides before revisiting this lore. There is a solid game here, but don’t expect a life-changing experience. With so many RPGs already out or still coming this fall, Valkyrie Elysium Is a decent appetizer or first course of a much larger meal for JRPG fans — and for the upcoming God of War Ragnarok — but like most appetizers, it’s rarely the most memorable part of the dining experience.

This review is based on the PlayStation 5 version of the game. A copy was provided to us by Square Enix.